Emergency Rental Assistance Needs for Workers Struggling due to COVID-19
The COVID-19 outbreak and related shutdowns continue to have a devastating impact on the job market, and evidence suggests that lower-wage workers are the most likely to be suffering a loss of income. By some estimates, more than 13 million low-income renter households have already been affected. Before the crisis, many of these renters were already struggling: 18.7 million low-income renters were housing cost-burdened, spending more than they can afford for their housing, including 7.7 million extremely low-income renters who spent more than half their incomes on housing. While federal rental assistance reached only a fourth of eligible low-income renters before the pandemic, coronavirus-caused layoffs and pay reductions greatly exacerbate the need for such assistance.  Read the full research note 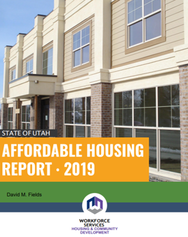 Utah Affordable Housing Report 2019
This report examines the affordability of housing for various segments of the state’s population and considers the interrelated social forces, demographics and public policies that affect housing accessibility. It includes an analysis of Utah’s gap in affordable housing for households with moderate incomes. Specifically, it considers the availability of affordable rental units for three categories of renter households whose income are below the area median income.
Rising housing costs and stagnating real wages are the primary causes of worsening housing affordability in Utah. From 2009 to 2016 real income only grew at 0.31% per year while rent crept upward at a rate of 1.03% per year in 2017 constant dollars. Now, more than 183,000 low-income Utah households pay more than half their income for rent, becoming more likely to be evicted and moving closer to homelessness​. Read the report
Olene Walker Housing Loan Fund - 2019 Report
Program Year 2018-2019
The State of Utah Strategic Plan on Homelessness
Communities across Utah share one common goal: to end homelessness. To get there, we must work together to develop strategies, invest resources, and invite partners from across sectors to contribute toward this goal. We also need to ensure that the system of services is coordinated and adequately funded to effectively support individuals and families who face homelessness in our state. This strategic plan establishes statewide goals and benchmarks on which to measure progress toward these goals. The mission  is to work together to make homelessness in Utah rare, brief and non-recurring. Read more

State of Utah Annual Report on Homelessness 2019
Utah is committed to using data to evaluate and inform efforts to make homelessness rare, brief and non-recurrent in the state. MAKING HOMELESSNESS RARE:
• The overall number of Utahns experiencing homelessness has largely remained stable.
• The 2019 Point-in-Time (PIT) count showed a decrease of 2.7 percent in the number of people counted as literally homeless situations on a single night in 2019.
• Comparing the PIT to the most recent  Read more

Housing Cost Burden and Rental Assistance for Senior Households
Senior households face an increasing risk of housing affordability. Due to the aging of the baby boom generation and rapidly rising housing prices the number of cost-burdened senior households has increased significantly in recent years. Cost-burdened senior households, those spending more than 30 percent of their incomes on housing, totaled nearly 72,000 households in Utah in 2019. One in four senior households in Utah are cost-burdened and one in eight are severely cost burdened, those spending more than 50 percent of their incomes on housing. By 2025 the number of severely cost burdened senior households is projected to increase by over 8,900 households. To help inform the policy discussions for senior housing, this technical memorandum provides detailed cost-burdened data and enumerates housing assistance programs for Utah’s senior households. Read more
Can Medicaid Expansion Prevent Housing Evictions?
Evictions are increasingly recognized as a serious concern facing low-income households. This study evaluated whether expansions of Medicaid can prevent evictions from occurring. We examined data from a privately licensed database of eviction records in fourteen states (286 counties) and used a difference-in-differences research design to compare rates of eviction before and after California’s early Medicaid expansion (51 counties). Read more

Latest Demographics Publications
The Gardner Policy Institute provides demographic decision support to the Utah State Legislature and Office of the Governor. We produce population estimates and projections, as well as applied demographic research focused on Utah. We represent the state in work with the Census Bureau, including the State Data Center Program and Federal State Cooperatives for Population Estimates and Projections. We work with the Census Bureau in production, distribution, and analysis of their product. 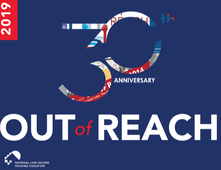 Out of Reach Report 2019
Each year the National Low Income Housing Coalition publishes the "Out of Reach Report". Out of Reach documents the gap between renters’ wages and the cost of rental housing. The report’s Housing Wage is the hourly wage a full-time worker must earn to afford a modest rental home without spending more than 30% of his or her income on housing costs. It is based on HUD’s Fair Market Rent (FMR), which is an estimate of what a family moving today can expect to pay for a modest rental home in the area.

The 2019 Gap: The Affordable Housing Gap Analysis
Each year, NLIHC examines the American Community Survey (ACS) to determine the availability of rental homes affordable to extremely low-income households – those with incomes at or below the poverty line or 30% of the area median income (AMI), whichever is greater - and other income groups. The annual report provides a picture for the nation, each state plus the District of Columbia (DC), and the largest metropolitan areas.
View the 2019 Utah Housing Profile.

State of Utah Affordable Housing Plan 2018
The State of Utah supports evidence-based policies and practices that further fair and affordable housing in our communities. Research has consistently shown that decent affordable housing serves a vital stabilizing function for families with modest incomes. It has also shown that decent affordable housing improves the overall health, safety and welfare of our communities while reducing crime and poverty. Low-income households are more self-sufficient, and less dependent upon public assistance when they can afford decent housing. ​Statewide Affordable Housing Profiles 2018

Comprehensive Report on Homelessness - State of Utah 2018
The State of Utah Department of Workforce Services, Housing and Community Development Division, and its Community Services Office are pleased to present the 2016 Comprehensive Report on Homelessness in Utah. As in previous years, the intent of this report is to inform interested parties as to the state of homelessness in Utah. This report includes homeless data organized in geographic areas and information on best practices and homeless system initiatives.
​View the 2017 and the 2016 reports.

Housing Prices and the Threat to Affordability
What is the outlook for housing prices in Utah? Housing prices in Utah will continue to increase at rates well above the national average due to relatively high rates of demographic and economic growth, but the threat to affordability from rising prices may be secondary to increasing interest rates, which could significantly reduce housing affordability and home-ownership opportunities for a large share of Utah households.
Olene Walker Housing Loan Fund 2018 Report

Analysis of Affordable Housing for Low-Income Renters by Municipality

State of Utah Affordable Housing Assessment 2017
Over the last decade its resilient economy has grown at an unprecedented rate. With more and better employment opportunities, its population has also seen steady growth. When preceded by adequate planning and community development, growth can be a positive sign of economic prosperity. However, Utah’s growth has not been without its pains. As we’ve seen over the last few years, growth is related directly to the state’s increasing demand for affordable housing. With an already scarce supply of housing—and a slow rate of housing production—rising demand has driven up the cost of all forms of housing. This assessment exams the need for affordable housing across the state and how this need disproportionately impacts specific populations or geographical areas.

Bussed Out
How America Moves its homeless - Each year, US Cities give thousands of homeless people one-way bus tickets out of town. an 18-month nationwide investigation by the Guardian reveals, for the first time, what really happens at journey's end.

2016 Point-in-Time HUD Report to Congress (November 2016)
On a single night in 2016, 549,928 people were experiencing homelessness in the United States. A majority (68%) was staying in emergency shelters, transitional housing programs, or safe havens, and 32 percent were in unsheltered locations. The number of veterans experiencing homelessness increased in seven states between 2009 and 2016. The largest absolute increases were in Hawaii (171 more veterans), Utah (169) South Carolina (109), and Oregon (64). The largest percentage increases were in Utah (102%), Vermont (80%), Hawaii (34%), and Maine (19%). Read the full report 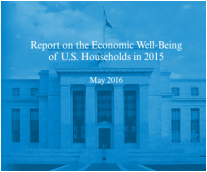 Report on the Economic Well-Being of U.S. Households in 2016
In order to monitor the financial and economic status of American consumers, the Federal Reserve Board conducted the third annual Survey of Household Economics and Decision making in October and November 2015. This survey provides insights into the well-being of households and consumers, and provides important information about how individuals and their families are faring in the economy. Topics examined in the survey include the overall well being of individual consumers, income and savings behaviors, economic preparedness, access to banking and credit, housing decisions, car purchases and auto lending, education and human capital, student loans, and retirement planning.

Salt Lake County Homeless Services: Challenges and Options 2016
The Kem C. Gardner Policy Institute has prepared this policy brief on homeless housing services at the request of Salt Lake County. This brief examines the feasibility of alternative initiatives—those that could be developed as new programs or achieved through the realignment of existing resources— that Salt Lake County may consider as it works to address some of the root challenges and systemic gaps within the homeless housing and services system.

The Economic Impact of Affordable Housing Programs in Utah - 2012
This study was undertaken by James Wood at the request of the Utah Housing Coalition. The purpose of this study was to estimate the economic impact generated by affordable housing programs in 2012 on Utah’s employment, earnings and tax revenues.​

Manufactured Homeowners Rights and Responsibilities in Utah
Ley de Residencia Móvil​
A look at manufactured homeowners' legal rights and the creation of the Helpline in 2015.
Utah Foundation's Research on Housing
Utah Foundation’s mission is to produce objective, thorough and well-reasoned research and analysis that promotes the effective use of public resources, a thriving economy, a well-prepared workforce and a high quality of life for Utahns. Utah Foundation seeks to help decision-makers and citizens understand and address complex issues. Utah Foundation also offers constructive guidance to improve governmental policies, programs and structures. Utah Foundation is an independent, nonpartisan, nonprofit research organization.