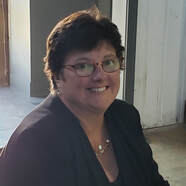 ​Tara Rollins is the first Executive Director of Utah Housing Coalition (UHC), a position she has held for 18 years. Under Tara’s leadership, the Coalition has grown to over 125 members, significantly increased tenant rights, promoted housing education, and became a strong and respected advocacy organization in the state.

As Executive Director, Tara managed a $1.8 million foreclosure prevention and education grant and was instrumental in the creation of the Utah Housing Commission on Housing Affordability. Additionally, the Coalition is a state partner of Opportunity Starts at home, a national long-term, multi-sector campaign to meet the rental housing needs of the nations' low-income people.

Prior to UHC, Tara worked at ASSIST Inc., an organization dedicated to helping low-income homeowners with emergency home repairs. Tara has been active in many local and national organizations, and serves as a board member of the National Low Income Housing Coalition, Salt Lake County Homeless Coordinating Counsel, and the Family Investment Coalition, a local coalition of social services and education organizations that advocate at Utah Capitol.

Tara holds a BS in Interdisciplinary Health Recreation and Physical Education from Plymouth State College. Originally from New Hampshire, she moved with her husband 25 years ago to ski the powder of Utah. 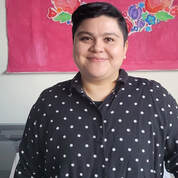 Yehemy is the Project Manager for the Coalition. Prior to joining the Coalition in 2022, Yehemy spent seven years at Comunidades Unidas, starting out as a volunteer and eventually becoming programs director. In 2016, as Promotor Coordinator, they created the first leadership training targeting promotoras comunitarias (Community Health Workers) in Spanish and developed a community health workers curriculum to standardize CHW practices throughout the state. They were also one of the first co-chairs for the Community Health Workers Section through Utah Public Health Association (UPHA) and now serve as an advisor for the section.

During the pandemic, they supported and provided feedback to create comprehensive bills such as S.B. 214 that allowed non-English speakers to understand their rights while accessing health care services and fulfilling basic needs such as food, testing, vaccination, and housing.

Yehemy’s unique qualifications as a member of the immigrant and LGBTQ+ communities and their outstanding personal drive have enabled them to reach underrepresented populations and in particular the Latinx community.

They studied Visual Arts at the Universidad Nacional Autónoma de México (UNAM) and have an Associate’s Degree in General Studies from Salt Lake Community College. They love listening to books, riding their bike, and traveling.
​
​